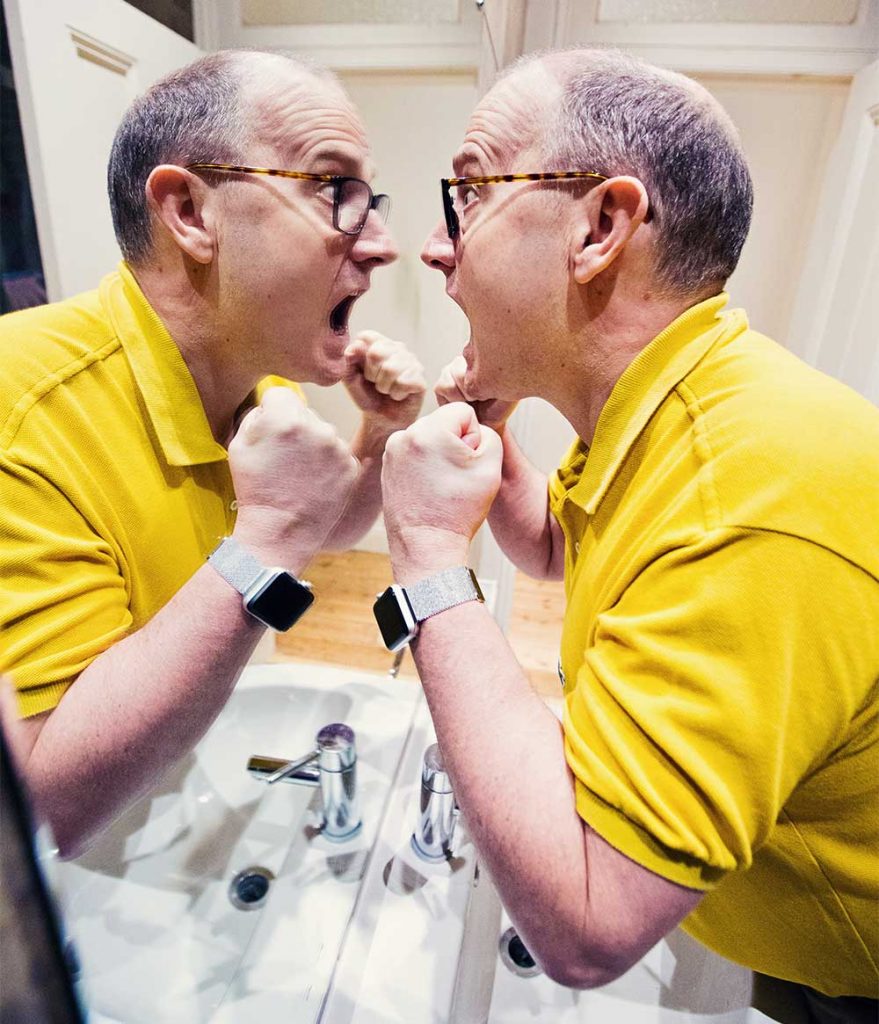 At some point in the last couple of years it has apparently become OK to swear onstage at business events. What the flip is going on? As a professional speaker I’ve spent the last twenty years being given the usual pre-match pep talk by event organisers on not using profanities, but now it seems swearing is almost compulsory.

As a broadcaster I made a conscious decision in university radio days not to swear in real life to avoid the bother of filtering out bad words when on-air. I only swear at football matches when West Ham are losing, so that’s actually been quite a bit in the last year.

However as a compere at business events I now seem to spend my days linking between foul mouthed speakers. A few ‘b’ words in the morning session often lead to the ‘f’ word in the afternoon, and in a few occasions recently the ‘c’ word has come into play. There’s a domino effect like at a wedding when one guest takes off their jacket at dinner and everyone follows suit. What is going on? Has there been a meeting that I missed where swear words were reclassified as appropriate at conferences?

I was at a book launch the other day and the author gave a very inspiring talk about she’d risen to the top in her profession. It was a good talk with a good back story, but she spoilt it by swearing. I’m afraid I’m going to have to repeat some of it, so if you don’t want to know the score, look away now.

To show she’d had to work hard to reach such a high level in the business world, she said ‘shit’ a few times. She didn’t ‘give a shit’ about something and she ‘didn’t know shit’ about something else. It’s a technique pioneered by the likes of Lord Sugar who worries that his posh accent might cause us to forget his humble roots. On the last series of the Apprentice when a contestant struggled with a fast food task, Lord Sugar wondered if he was ‘brains or bollocks’.

The shits received a few laughs. Sorry, I’m talking about the ones in the author’s speech, I’ve stopped talking about the Apprentice candidates now. So she popped in a few more shits, then some buggers and finally out came the ‘f’ word.

Now I’m perfectly happy with the ‘f’ word in dramas, in the pub, at the football and in real life, but not at a business event. It’s an incredibly versatile word that can be used as a verb or a noun, and can signify intense pleasure and displeasure. But at an event it only has two functions as far as I can see. It can emphasise the importance of something being said, or it can indicate that a punchline has been reached.

When the ‘f’ word is used for emphasis it is like writing texts in block capitals. It might work once, but after a while it is a little wearing on the audience. When it’s used to indicate a joke, it can certainly help with the laugh. It’s a way of telling the audience that this is the funny bit. But what happens the next time, when you don’t swear? Will they still spot it’s a joke? Are you going to have to do it every time?
Some people in the room will no doubt like it when you swear. You instantly become the rebel leader and they’ll show their love by making some noise. But you won’t know how many don’t like it because they will quiet. It might only be ten percent of the people in the room who disapprove, but you will never win them back, because you’ve betrayed their trust. When you are onstage, there’s an expectation that you will have something to say. They can hear swearing down the pub, so why should they pay to listen to you?

At one huge event in London recently, a speaker who allegedly teaches presentation skills peppered his talk with four letter words. At first glance it appeared to go down well as the crowd whooped their approval. However afterwards little groups stood together discussing how inappropriate his behaviour was.

I think it’s time for business speakers to shut the f*** up. It’s not big and it’s not clever. It alienates parts of the audience. Keep it clean and you’ll still be talking to a hundred percent of the room. I swear by it.